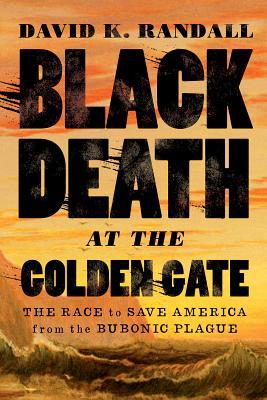 For Chinese immigrant Wong Chut King, surviving in San Francisco meant a life in the shadows. His passing on March 6, 1900, would have been unremarkable if a city health officer hadn’t noticed a swollen black lymph node on his groin—a sign of bubonic plague. Empowered by racist pseudoscience, officials rushed to quarantine Chinatown while doctors examined Wong’s tissue for telltale bacteria. If the devastating disease was not contained, San Francisco would become the American epicenter of an outbreak that had already claimed ten million lives worldwide.

To local press, railroad barons, and elected officials, such a possibility was inconceivable—or inconvenient. As they mounted a cover-up to obscure the threat, ending the career of one of the most brilliant scientists in the nation in the process, it fell to federal health officer Rupert Blue to save a city that refused to be rescued. Spearheading a relentless crusade for sanitation, Blue and his men patrolled the squalid streets of fast-growing San Francisco, examined gory black buboes, and dissected diseased rats that put the fate of the entire country at risk.

This was one of the more fascinating nonfiction reads I’ve picked up lately! It’s definitely not for you if you’re a germaphobe, but this was super well-written and highlighted a part of American history that I never knew about.

Little known fact about me: I actually wanted to study infectious diseases when I was in high school. I didn’t pursue it though (because I have a shoddy immune system and Tulane was expensive), but I still tried to teach myself about all the gross diseases that have honestly curbed the human population.

The book goes into all the xenophobia and racism that went along with the epidemic at the turn of the century, as well as the political tactics used to try to cover it all up. And with the way it’s written, it isn’t like an info dump, it’s more of an actual story!

Covering a piece of American history that’s been covered for years, Black Death at the Golden Gate was a fascinating read. I give it 4.5 out of 5 rats.

Thank you to Edelwiess and WW Norton for an advance copy in exchange for review.